Why are red bears wandering around Downtown Newark?

The red bears were created by six cutting edge artists in Italy who utilized recycled plastics to create the animal sculptures, and each sculpture conveys a specific meaning for the urban environment.

The bears symbolize nature because they are created from recycled material, thus leaving a minimal carbon footprint-this is to inspire people to re-examine existing perceptions of urban life, and rejuvenate them into more healthy and vibrant environments.

The philosophy behind the traveling art is that it gives people the opportunity to play with the city in order to rebuild it ideally and mentally. The NDD chose the bear because it symbolizes both power and resurgence: following the bear’s season of introspection, it emerges- undeniably dynamic and fiercely energetic- just like the City of Newark. The bears are meant to send a message of spirit and strength, confidence and victory, and, because they prefer peace and tranquility, bears symbolize harmony and balance.

Who are the NDD Red Urban Bears?

The Yosemite National Park, one of the first parks in the USA, is a shrine to human foresight, strength, power, and the persistence of life. Yosemite’s mission is tied to the home that bears (pun intended) his name. His goal is the preservation of the rich history of the City, and a commitment to keeping Newark clean and litter free.

(from the Manilkara Chicle tree)

Manilkara’s name comes from the Manilkara Chicle tree, which exudes chicle, the substance we know as “gum”. Chewing gum is one of the leading causes of litter in urban areas, as it is commonly stuck underneath benches and tables and to the surface of sidewalks, and is almost impossible to remove once dried. Chewing gum does not break down over time, making it also a potential hazard to the environment. Manilkara has one goal – to purchase “Gum Buster” machines to remove gum from the sidewalks in downtown Newark.

Bernadette is dedicated to the NDD Horticulture Project. There have been 175 new trees installed, and there will be seasonal plants and flowers in the 220 planters throughout the downtown district year-round.

Orsa’s name, meaning “little she bear”, is derived from the Latin “orsorum” meaning “undertaking”, so her mission is a lofty one – pun intended. Orsa envisions environmentally-friendly green roofs in Newark. Roofs covered with living plants have many benefits in urban areas – from reducing city heat and air pollution to decreasing the rate of storm water runoff. Green roofs also serve as an extra layer of insulation, reducing the amount of heating in the winter and air conditioning in the summer, and thus decreasing energy consumption.

(from the prefix “re” meaning “again”)

Reeree’s mission is connected to her name—to re-new the City by recycling, reusing, and reducing. By collecting and reusing materials that would otherwise be considered waste, and then buying recycled products, we can create a circle that will ensure the success of a recycling project.

See what the bears have been up to 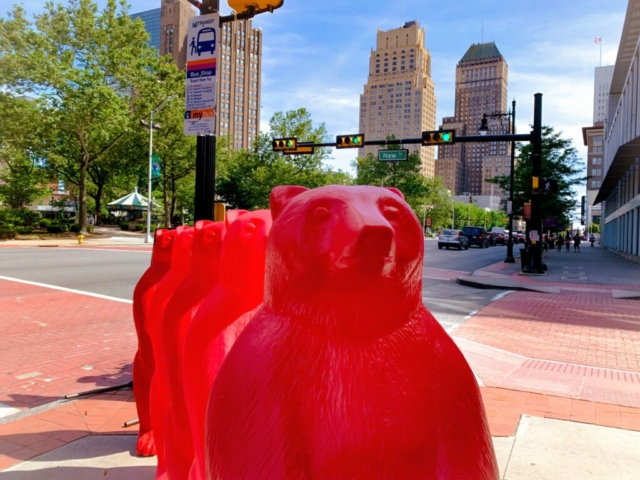 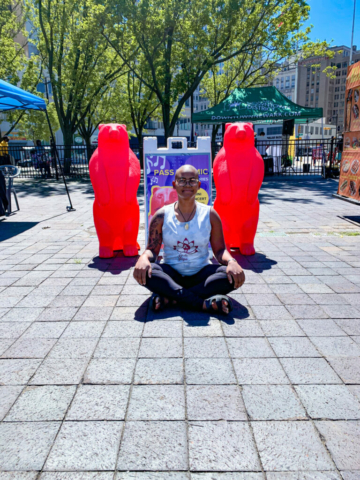 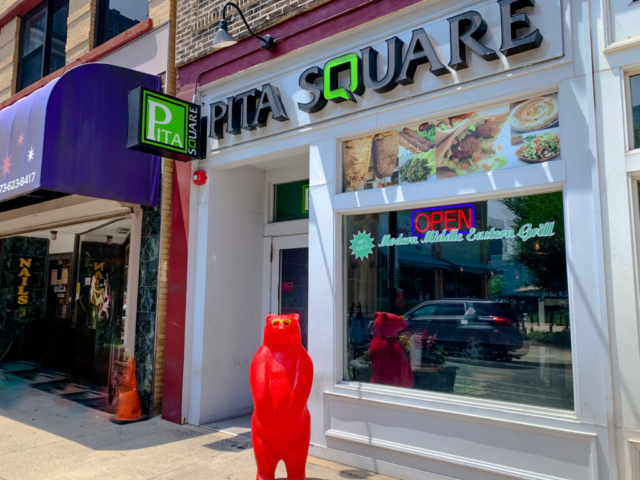 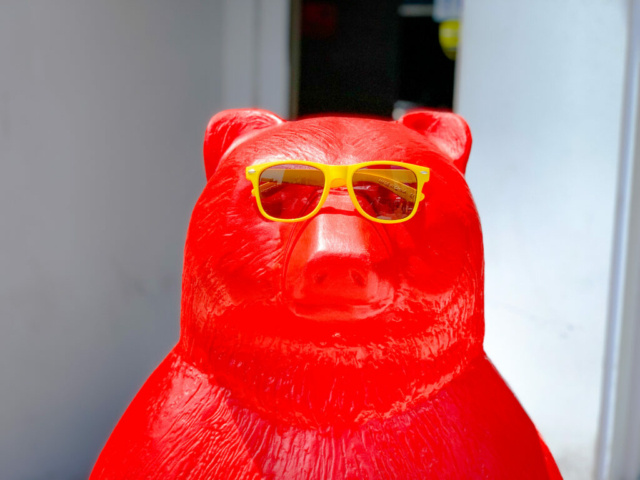 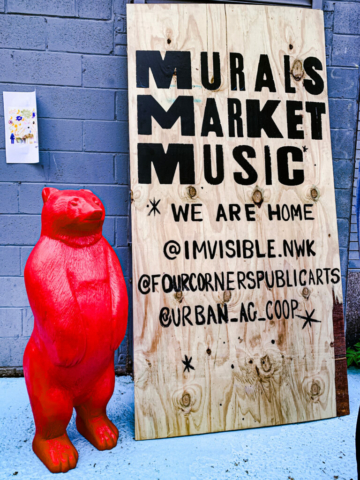 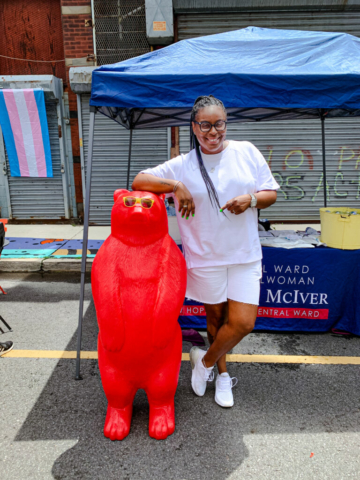 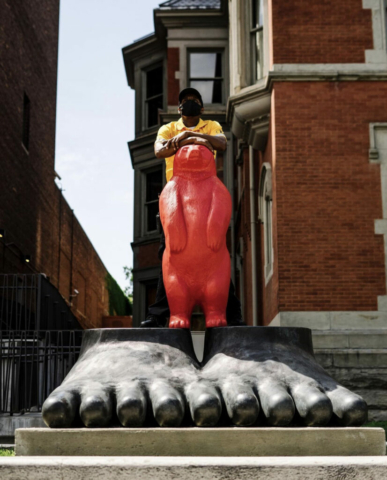 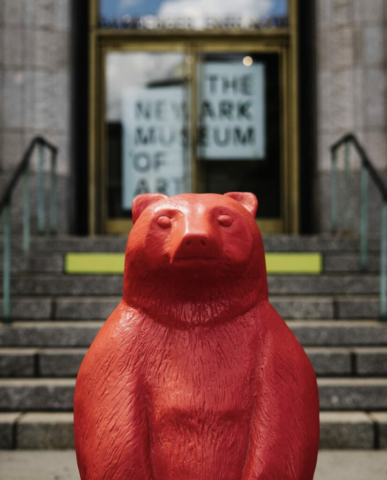 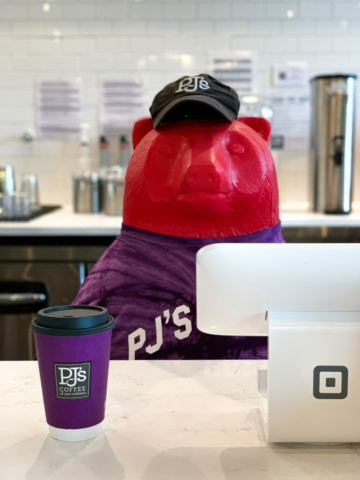 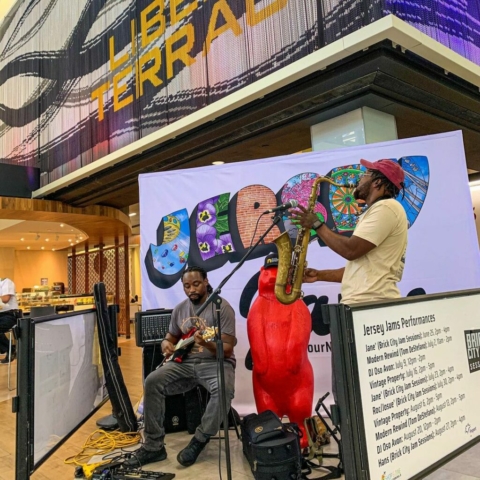 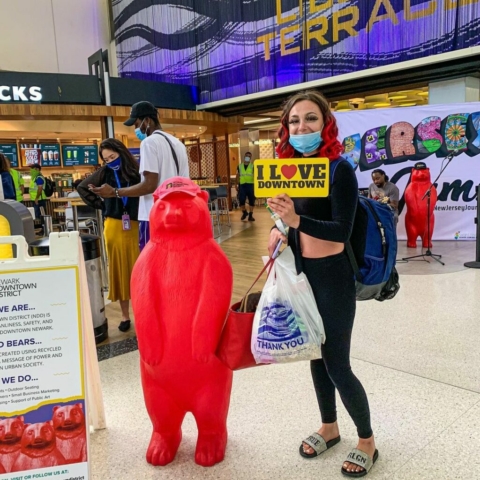 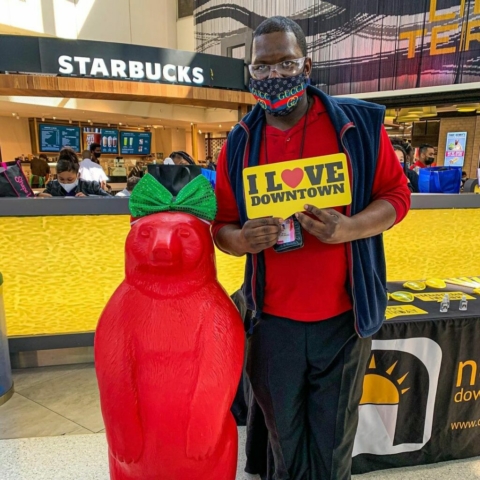 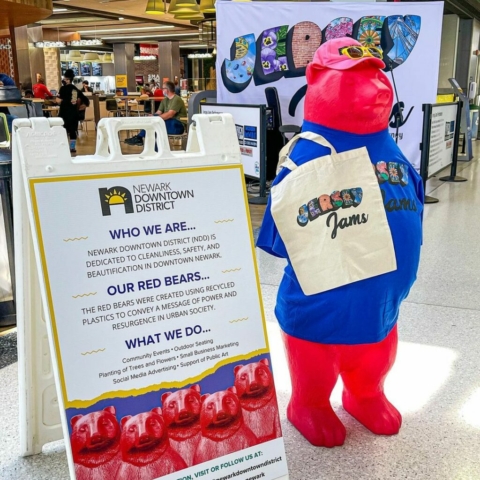 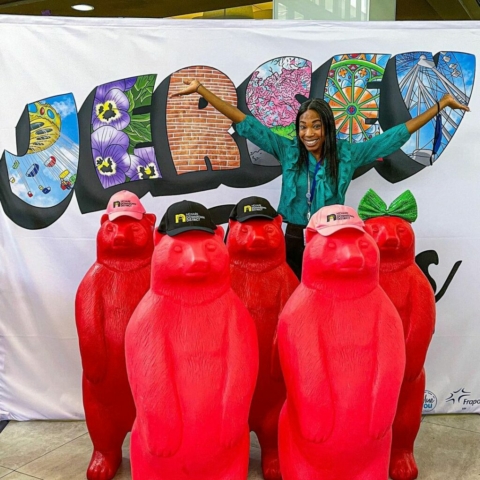 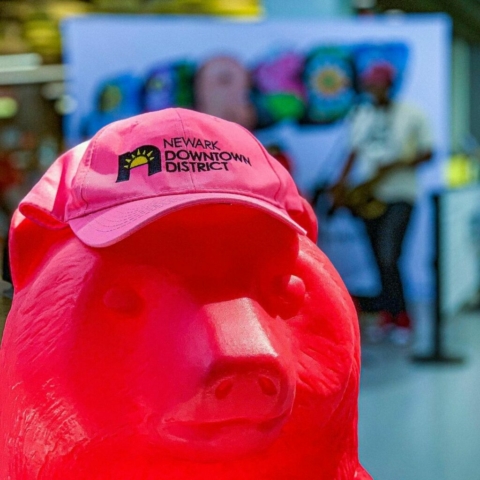 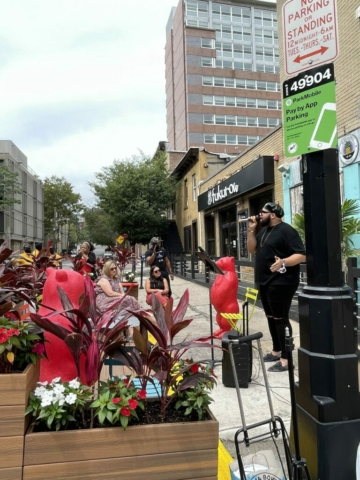 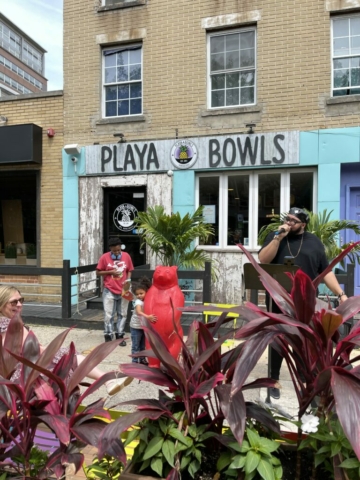 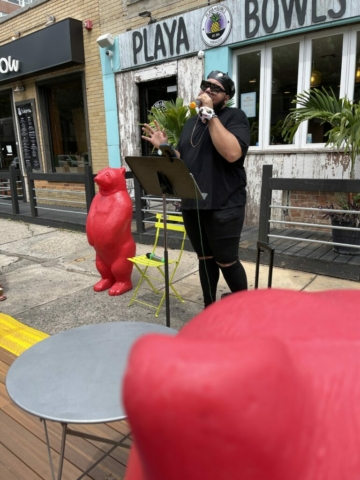 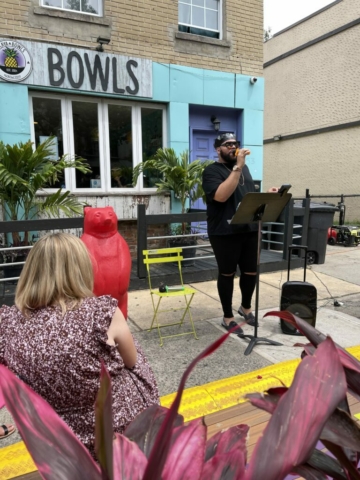 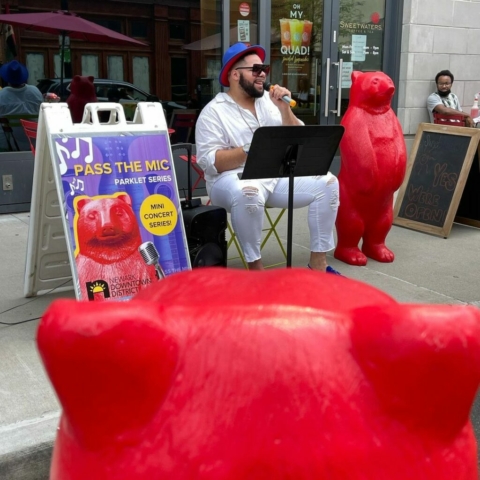 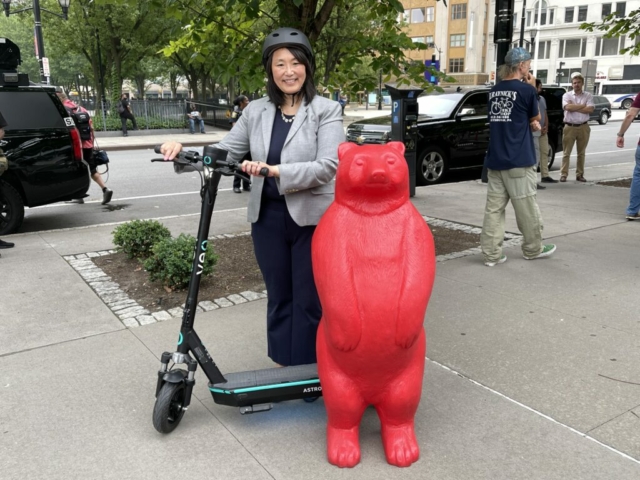 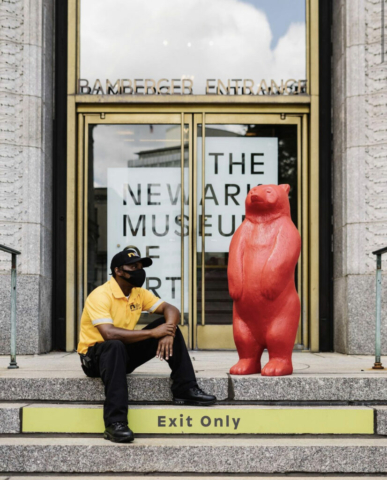 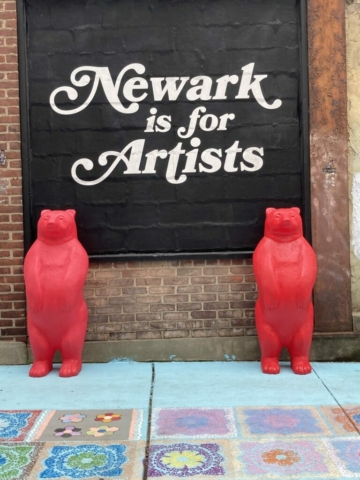 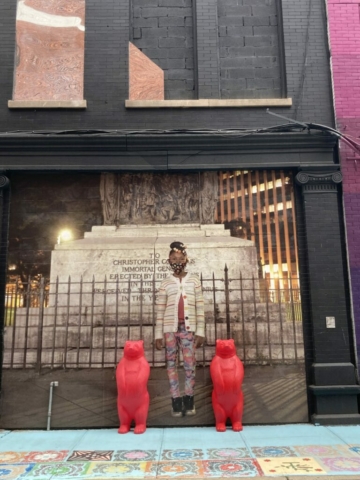 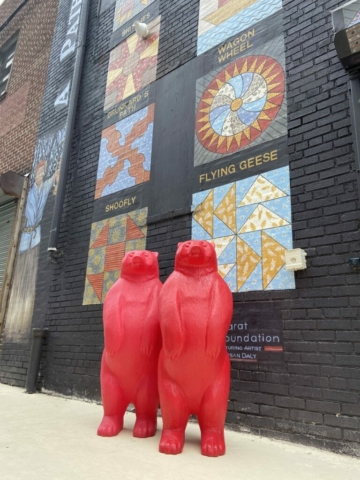 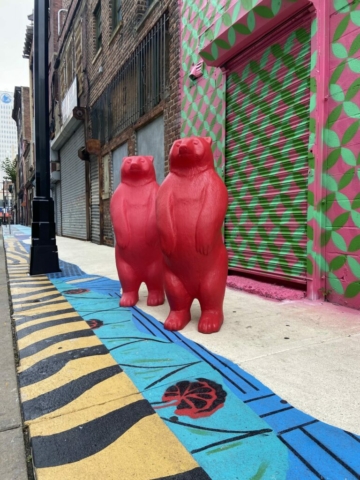 This is an error message